Preach Your Own Sermon 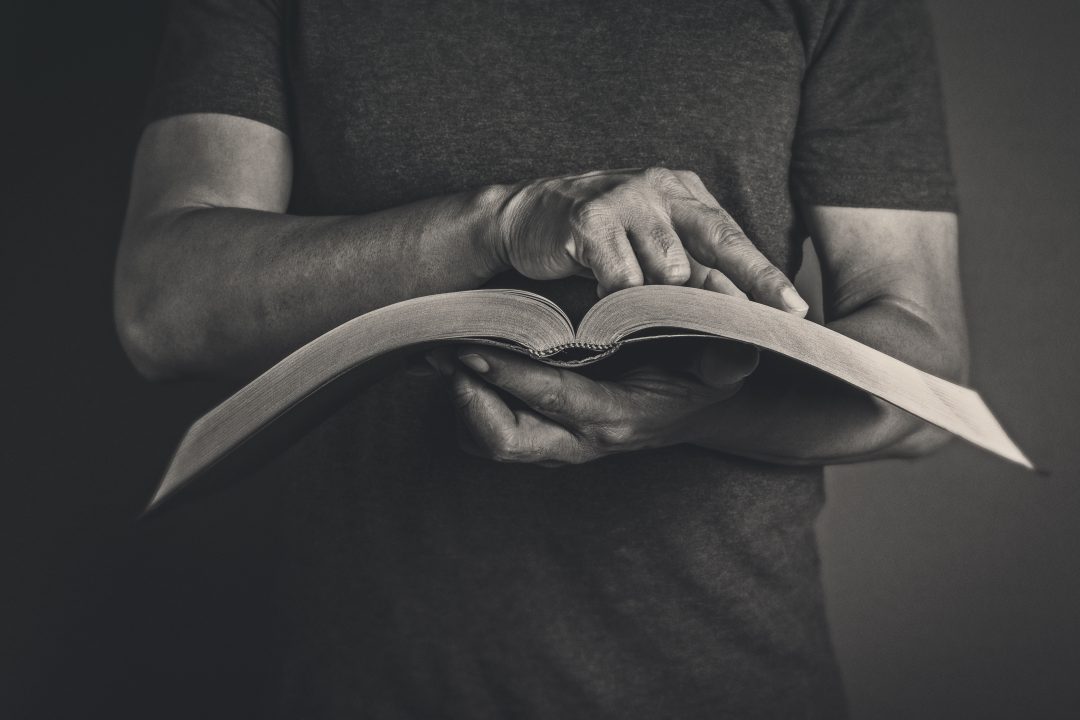 Several years ago, while researching the subject of plagiarism in preaching, I happened upon an advertisement for a ministry resource. My goal isn’t to expose the company or the specific ad, so I’ll paraphrase it: “Study is hard work, and as pastors, much is competing for your time and attention. Let us take the hard work out of preparation for you. Customize our sermons in a few short minutes and you will be ready to preach or teach.”

Whether the company was conscious of it or not, the pitch itself was actually at cross-purposes with the Bible. For centuries, Christians have viewed the primary task of pastors to be in concert with the early church Apostles who determined, “We will devote ourselves to the ministry of the word and prayer.” According to this advertisement, there is no need to mind the primacy of personal study and prayer when preparing to preach or teach God’s people. Let someone else do the study for you. In truth, an entire industry within today’s evangelical culture feeds this mistaken mentality.

Over the past decade, I have heard numerous firsthand accounts from church members who discovered their pastor was preaching someone else’s sermon(s). I recently heard of a minister who admitted to using someone else’s sermons for months. The pastor experienced a time of spiritual drought and consequently got into the habit of using a popular preacher’s sermons as his own. While this habit started out of weakness, and he expressed deep sorrow for his actions, once the story got out it proved to be more than he could overcome. Now, he is gone, and someone else is pastoring the church. You can imagine the suspicion and distrust for those left behind.

I have the high privilege of teaching young preachers at Welch College. One of the responsibilities of a professor is to grade papers and essays. Any teacher will tell you that occasionally, while reading a paper, you will encounter a phrase, sentence, or paragraph that makes you stop and say, “Man, that is really good.” And the more you think about it, you think, “This is too good.” In other words, knowing the vocabulary level of the student and having read previous assignments, you encounter a section of the paper that “smells” a bit suspicious. And too often, the suspicion proves correct—the student has plagiarized.

The temptation of plagiarism has always existed. However, with the rise and dominance of the Internet, plagiarism is a modern plague not only in writing but also in preaching. No one denies “copying and pasting” from one document to another is time saving and efficient. Sadly, too much copying and pasting is taking place in preparation when what is really needed is studying and praying.

Wow! It was a moving sermon, and it sounds pretty good, doesn’t it? Upon arriving home for spring break, the pastor asked me to preach. I had been “preaching” only a year or so—a handful of times. What did I preach? You guessed it: “The Five Great Miracles of Calvary.” I think I said up front where I got the outline from, but I cannot be 100% certain. And truth be told, I didn’t even know what plagiarism really was back then.

Sometimes, students don’t know what constitutes plagiarism and what doesn’t. When plagiarism occurs, it is important to point it out but also to take into account the level of ignorance or knowledge involved. When it comes to sermon development, what constitutes “common knowledge” isn’t always easy to determine. When you are preaching, you can’t—well, you shouldn’t—have an endless list of citations. People are there to hear a sermon, not a research paper. This article is not attacking those occasional moments where preachers should have cited and didn’t. I am attacking the practice of week-in, week-out passing off work as your own when you know full well it’s not.

On the Plus Side…

On a positive note, being impacted by a sermon or benefiting from someone else’s work is fine. Someone I respect deeply recently preached from a New Testament text. At the outset of his sermon, he said, “The great preacher Charles Haddon Spurgeon said…and the outline I want to share with you tonight comes from him.”

From there, he filled in the outline with his own thoughts. This was an intellectually honest way to share with listeners a resource particularly helpful to him. At the same time, the sermon communicated his distinct personality, content, tone, and illustrations, which also connected to the congregation.

However, if that same pastor shared an outline that originated with someone else every week, something would be amiss. The pastor is to shepherd the people under his charge. He shouldn’t do it with someone else’s counsel and care. It should come from his personal study and prayer.

A few years ago, after hearing one of my sermons, my fellow pastor Terry Forrest offered me some tremendous advice. I had done my own study (just to be clear) but used a number of people to back up and solidify my points. I quoted D.A. Carson and John Stott among others. While Mr. Forrest wasn’t discouraging me from researching other works, nor encouraging me to plagiarize, he said, “People don’t care so much to hear from D.A. Carson or John Stott. They want and need to know what you think about it.”

Of course, balance and discernment are needed in working this out. People in the pews certainly need to be exposed to great Christian thinkers and scholars and their works. Additionally, each local church context is different. But that gentle voice of wisdom was just what I needed at that moment. Maybe it is what you need as well. God called you to preach.

The Puritans were fond of using the phrase light and heat. Christians need the illuminating work of the Holy Spirit to understand the Bible. Believers also need the corresponding zeal or godly passion for the truth. When we take this phrase light and heat and apply it to pastors, it becomes clear that we desperately need both in our preparation and delivery. How can a pastor have real light and heat unless he gives himself over to God’s Word? And when a man gives himself over to God’s Word during the week, he really will have something to say on Sunday.

Richard Baxter once wrote, “They [the congregation] will likely feel when you have been much with God: that which is most on your hearts is like to be most in their ears.”

Is this not what we are after? Ultimately, we want people to be attentive to God’s Word. Baxter challenges us to remember the congregation’s attention is tied to our heart engagement with the Scripture. In his book on meditation,
Nathaniel Ranew stated, “Fresh receivings from Christ must be founded upon fresh meditation on the promises.” People in the pews need more than an exegetically sound and homiletically tight sermon; the sermon needs to be from the text and the heart of the pastor. The sermon should be something that has gripped the heart, soul, and mind of the man speaking on behalf of God. Hopefully, he has “fresh receivings” from Christ that he can deliver to the congregation.
Additionally, as we meditate on God’s promises personally and seek to apply them to ourselves first, we won’t be as likely to fall into the trap of being mere “speakers of the Word,” rather than doers.

Use the Primary Source & Secondary Sources

The Bible is always our primary source in preparation and delivery. Let’s keep it primary. Of course, that doesn’t mean we shouldn’t use secondary sources in our study—resources such as lexicons, Bible dictionaries, commentaries, and sermons. Nor should anyone read this article and conclude we shouldn’t use curriculum to teach Sunday School or small groups. Such resources, however, should be used as tools and supplements to personal interaction with Scripture.

It is useful and edifying to see what other godly men did with certain passages. Recently, I preached through Colossians. I used a “commentary” that was, in reality, a series of sermons from a respected Christian pastor. When using such resources, the goal is to utilize them after you have invested time, energy, and prayer to the text yourself. Otherwise, we may find our secondary sources predispose us to interpretive and stylistic angles that may not arise from the text or from our own personalities.

Let’s not make sermon preparation and delivery overly complicated. Yes, it is hard but not complicated. Let’s give ourselves over to the ministry of the Word and prayer, depending entirely upon the Spirit to work both in us and in our hearers.

Brothers, for the glory of God and the good of souls, please preach your own sermons.

About the Writer: Dr. Barry Raper was converted to Christ at age 14. He holds degrees from Welch College in Nashville, Tennessee, and The Southern Baptist Theological Seminary in Louisville, Kentucky. In addition to pastoring at Bethel FWB Church, Ashland City, Tennessee, Barry also serves as program coordinator for Ministry Studies at Welch College. Barry and his wife Amanda have five children: Hannah, Tre, Emma, Caroline, and Elijah.