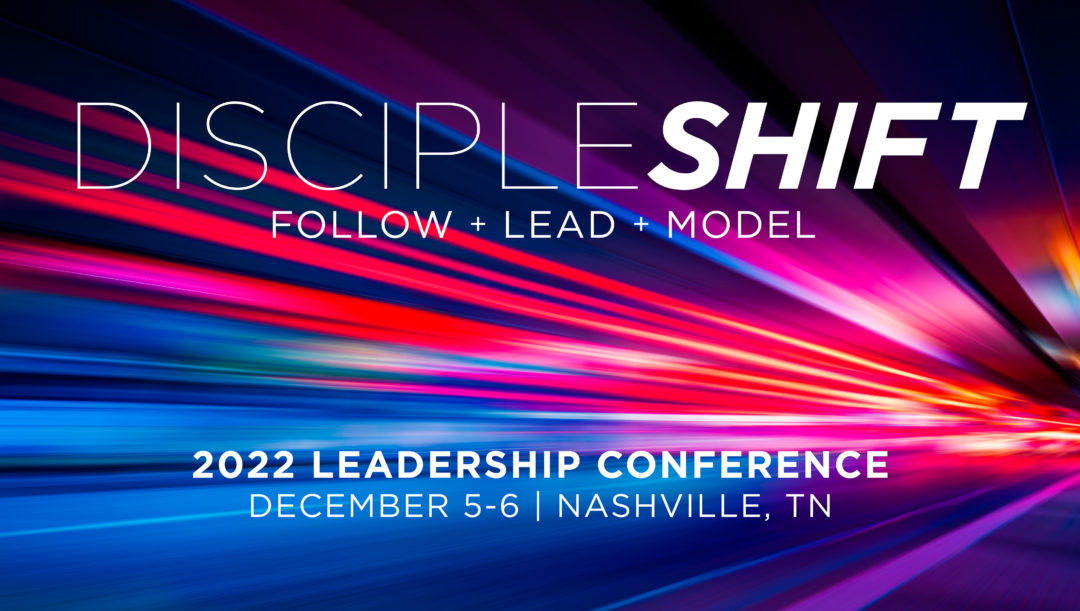 (The room block is currently sold out.)

Nashville, TN—Pastors and ministry leaders from across the nation will gather at Sonesta Nashville Airport, December 5-6, for the 2022 Leadership Conference. The conference, which includes two days of training, inspiration, fellowship, and business, will feature bestselling author and pastor Robby Gallaty, who will explore the theme, “Discipleshift.”

“We look forward to hearing from Robby Gallaty at this year’s conference,” said Executive Secretary Eddie Moody. “His personal testimony is powerful, and his passion for discipleship is contagious. I think attendees will benefit from what they hear.”

Today, Gallaty pastors Long Hollow Baptist Church in Hendersonville, Tennessee. However, his life story is a vivid testimony to God’s grace. Drug addiction ravaged his life for three years. After living without gas, electricity, and water for months, losing eight friends to drug-related deaths, watching six friends arrested, and completing two rehab treatments, Robby was saved in November 2002. He was later mentored by David Platt, who encouraged Robby to return to school to pursue theological education.

Robby completed an M.Div. in Expository Preaching in 2007 and a Ph.D. in Preaching in 2011 from New Orleans Baptist Theological Seminary. Today, he is passionate about making “disciples who make disciples.” He is founder of Replicate Ministries and has authored several books, including Growing Up, Firmly Planted, and Rediscovering Discipleship. He and his wife Kandi have two sons, Rig and Ryder.

Between keynote sessions, attendees will enjoy banquet styled meals, a broad variety of seminars, panel discussions, and workshops on Tuesday, and free time to enjoy fellowship or sightseeing in Nashville. In addition, several national boards and commissions will hold meetings in conjunction with the conference.

“The 2021 Leadership Conference was the largest in decades,” noted Ryan Lewis. “Not only did we have a great attendance, but the program expanded to include several key seminar tracks, panel discussions, and seminars for Spanish speakers. We are excited to build upon last year’s event, and once again, we anticipate a great turnout. Robby Gallaty and our slate of seminar speakers will stretch the way we view discipleship and equip us with tools to go and make more.”

Recap and Recordings from the 2021 Leadership Conference